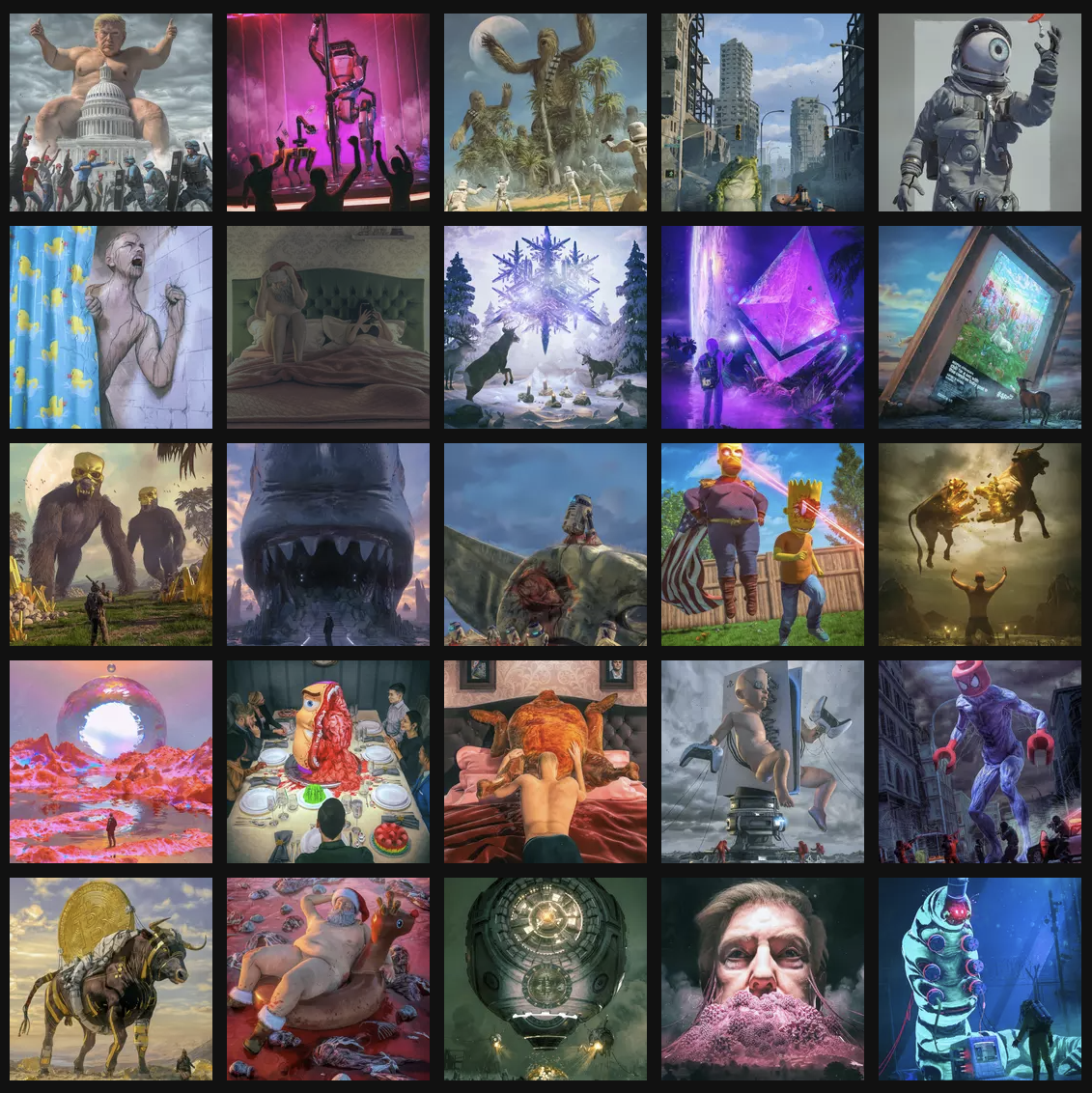 Beeple (Mike Winkelmann) started his career as a programmer.

Beeple has been doing art for quite some time now. He’s created and design pieces for large companies such as Apple, Samsung, Space X, Pepsi, Adobe, Sony, Nike, and Magic Leap just to name a few. His work has been made into memes. He has a large following online and in the art community. What else is there to say able Beeple other than the fact that he has been doing this for well over 10 plus years.

Recently, beeple has been in the news because of Christie’s first-ever major auction of a digital blockchain artwork “Everydays—The First 5000 Days” by Beeple. It was auctioned for a premium price of $432,500. That’s just insane considering that the digital art market was only a speck in the art markets eyes just a few years ago.

Interestingly, the name Beeple refers to an 80’s stuff animal toy that made a giggling sound when you cover its eyes. Mike says he uses this moniker because the use of light and sound is prevalent in his body of work.

Beeple (Mike Winkelmann) started his career as a programmer. Beeple was always interested in art but was bad at it in the early days. He wanted to get better so he started creating an artwork a day, which later became his body of work called the “Everydays”.

He now has over 5,000 pieces of artwork added to his portfolio. Beeple started a routine where he got himself to create a piece of art each day even if he was not in the mood. It didn’t matter the subject or theme. He just had to create. This is what led him to better understand the craft and later shift into other areas such as motion graphics and 3D animation.

Blockchain technology combined with digital art allows the artwork to be publicly authenticated as one-of-a-kind, unlike traditional online digital work which can be endlessly reproduced without knowing who the original creator is. NFTs ranges from all sorts of online digital work that was difficult to authenticate in the past but is now easily done through the blockchain and digital tokens authenticator sites such as “Rarible“.

The future of digital art has just begun and we’re merely scratching the surface of what blockchain technology can do for online digital art and physical art itself. The future looks bright for artists looking to protect themselves and their valuable body of work.